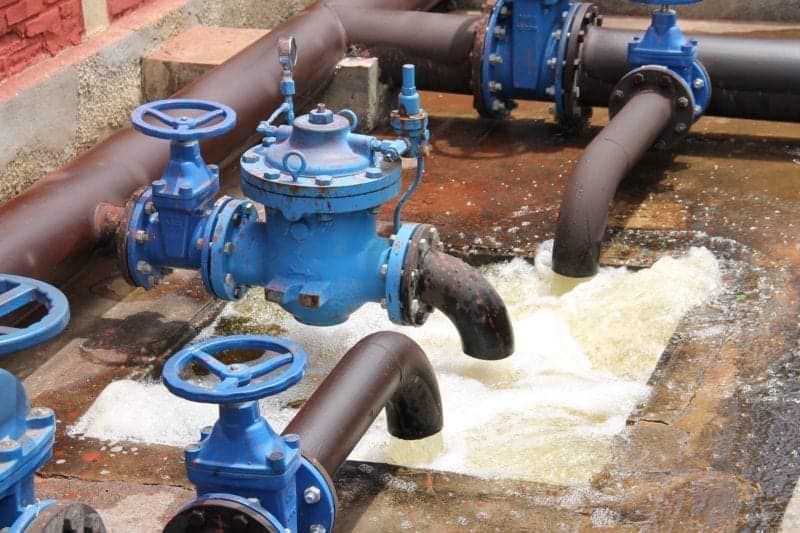 Dow Chemical and Shell’s agricultural divisions began selling two soil fumigants, D-D and Telone, in the 1940s. These two pesticides were developed to help farmers manage the levels of nematodes, which are a diverse type of roundworm that can be used to control slugs and snails.

But of course, pesticides are toxic by nature – after all, they’re meant to kill living organisms. Some are more dangerous than others, and D-D and Telone share one particular chemical that is extremely toxic to humans: 1,2,3-Trichloropropane (1,2,3-TCP), also known as Trichloroprane (TCP).

The Trichloropropane TCP chemical is not a naturally occurring chlorinated hydrocarbon, and was not created purposefully. In fact, it’s not even the active ingredient in either D-D or Telone, but was a by-product of the manufacture process.

Trichloropropane breaks down in sunlight, and thankfully is not absorbed by food sources such as fish or plants. Unfortunately, when 1,2,3-Trichloropropane (1,2,3-TCP) is injected into soil as part of the fumigation process, the chemical does not bind itself. Instead, it sinks through the earth into groundwater, where it remains active for many years.

After the TCP chemical was commercially introduced in the 1940s as an ingredient for D-D and Telone, its popularity led to widespread use, most especially in the state of California. As a result, there is highly contaminated drinking water California.

The sad thing is, Dow Chemical and Shell knew that 1,2,3-TCP was dangerous to humans when they released their products. Worse, they knew that it could be removed rather easily. Instead, not only did trichloropropane remain in the pesticides when D-D and Telone hit the shelves, but it was falsely listed as an active ingredient.

D-D was taken off the market by Shell in 1984, and around the same time Dow Chemical started removing the trichloropropane TCP chemical from Telone. It was only in the 1990s that trichloropropane was officially banned as an ingredient for soil fumigants, by which time it was too late to properly combat the damaging effects that decades of its use has done to the environment.

Although both Shell and Dow Chemical knew that 1,2,3-TCP was toxic for humans back in the 1940s, the information was kept secret for so long that it was only in 1992 that the chemical was first confirmed to be carcinogenic.

Although the Trichloropropane TCP chemical is fortunately not able to contaminate food sources such as fruit, vegetables, and fish, by its very nature it thrives in water. For this reason, California drinking water is almost the sole means though which humans are exposed to Trichloropropane. Using tainted water California for drinking and/or cooking introduces the harmful TCP chemical to our bodies on a daily basis. 1,2,3-TCP can also be inhaled through steam when we shower, wash dishes, or make coffee. At present, it is not known whether or not skin contact is also harmful, but experts consider it likely.

Being exposed to the Trichloropropane TCP chemical for a short period has been shown to cause minor eye, skin, and breathing problems. According to the Environmental Protection Agency (EPA), it’s also been linked with a “depression of the central nervous system” and negatively impacts one’s memory, your ability to concentrate, and muscle coordination.

Laboratory animal testing has also shown that higher doses of Trichloropropane, or even long-term exposure to the TCP chemical, will lead to cancerous tumors, reduced body weight, and both liver and kidney damage.
While there have been no epidemiological studies (research into how often and why diseases occur in a group) to determine the specific severity of 1,2,3-TCP in relation to human cancer, the National Institute of Environmental Health Sciences have ruled the chemical reasonably anticipated as a high-risk chemical.
As such, it was officially added to California’s Proposition 65 list in October 1999. This list details chemical compounds known to cause cancer. Trichloroproane TCP is known to the State of California to cause cancer.

In April 2017, the Environmental Working Group (EWG) released a report on the state of TCP contamination in California drinking water. The results are truly worrying.

According to the report, as many as 94 public water systems in California have been (and remain) contaminated. That’s a lot of tainted water California!

Although the two major sources for the contamination were removed in the early 1980s (as per above), it must be remembered that the Trichloropropane TCP chemical is incredibly water-friendly. EWG Managing Editor Bill Walker, who co-authored the report, told the Huffington Post that “Once it’s in the water, it stays there for centuries”.

This means that millions of residents and regular visitors have been exposed to trichloropropane in California drinking water for decades. The chemical has been around for a lifetime – almost eighty years already!
Naturally, this is a major concern for the population.

Clovis, Fresno County, successfully sued Shell for $22 million last December, and there are several other cases against both Shell and Dow Chemical. But court cases aren’t going to be effective in regulating the levels of 1,2,3-TCP in California drinking water – after all, it’s already present in our water and is no longer being released.

California’s State Water Resources Control Board recently held a meeting to discuss proposed state-level contamination level protocol. Prior to the conference (which took place on July 19th, following an April 18th meeting), it was made clear that formal action will not be introduced at that time, and that any regulations will only be announced later this year. If the provision is passed after all public commentary and scientific evidence is properly considered, the expected limitation will be set to five parts per billion. All California drinking water utilities (and other water California resources stations) will be required to run regular tests to determine the levels of trichloropropane contamination, and should these exceed the limit the utilities will be responsible for ensuring the TCP chemical is removed.

Clean Water Action launched their TCP campaign in early 2016, and together with the Community Water Center and other establishments have fought long and hard to reach this point. They’ve actively represented the population of California in putting pressure on state officials to introduce the above-mentioned Maximum Containment Level (MCL). The proposed MCL is, in accordance with California state law, as close to the Public Health Goal (PHG – California introduced theirs in 2009) as both technically and financially possible.
So far, Hawaii is the only state to have imposed a MCL for trichloropropane, and it is hoped that California will indeed follow the island’s example soon.

Contaminated Drinking Water California: What Parts of California Have Been Most Affected by 1,2,3-Trichloropropane (1,2,3-TCP)?

As of 2016, an estimated 562 water sources have been affected by 1,2,3-TCP contamination, 94 of which provide California drinking water.

It would be an impossibly long list if we were to name every single one of them, but we can confirm that the following six counties have been identified as having the highest count of contaminated sources. These are listed here in ascending order (of public water systems, rather than total):

• Kern. The county has the second highest number of affected water California sources at 151 total, 20 of which provide California drinking water to the public.
• Los Angeles. The LA county peaks the list of total affected sources with a total of 155, but far fewer of these are public water systems – 15. (Check out our article Is LA Tap Water Safe to Drink?).
• Merced County doesn’t have nearly as many affected sites, but 11 of them do provide public water (about 42% of the county’s total contaminated water sources).
• Fresno. With 10 of 69 affected water sources containing public California drinking water, Fresno County appears at number four on our list.
• Tulare County follows close behind, with 9 of its 49 total contaminated sites acting as a public water system.
• San Bernardino rounds up our list of the six counties with the highest contamination levels (in terms of number of sources containing trichloropropane. Six of the county’s public water systems are confirmed to be contaminated.

Protecting Yourself Against Trichloropropane Tainted Water: How Do I Make Sure My Water is Not Contaminated with TCP?

At present, the best-known solution for removing 1,2,3-TCP from the California drinking water supply is the use of carbon block or granulated activated carbon (GAC) filtration. Carbon block filters have more surface area and therefore better contaminant removal capacity than GAC filters.

The carbon filtration method incorporates natural materials that are able to absorb organic and synthetic chemicals, as well as taste and odor compounds. These filters usually have a focus on using wood, lignite, and/or coal, as these are all naturally occurring materials that are organically produced. Carbon filters are typically incorporated as a post-filtration absorption process or primary-filtration absorption.

The cost of setting up adequate filtration systems at public California drinking water sources will be rather high. While it is hoped that Shell and Dow Chemical will be held legally liable for covering the costs, this is not yet set in stone. In the meantime, residents want to know that they can safely use their water for drinking, cooking, and washing.

Premiere Sales is family business that has been helping customers since 1997. We carry a wide range of water products including water filtration systems, replacement water filters, drinking water faucets, parts and accessories, and more. Our friendly, knowledgeable water filtration experts can answer any of your water treatment questions. We have speedy processing with most orders shipped the same day. And to top it all off, our prices are simply the best. Clean, great tasting water is just a phone call away – call us on (760) 282-4668 right now!