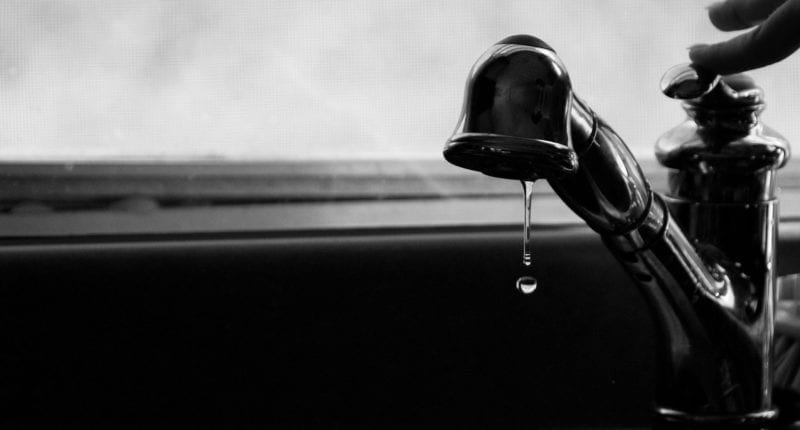 In July 2017, the Environmental Working Group Tap Water Database was launched. The EWG tap water database is an online innovation spreading awareness about the drinking water quality in America. This also lets people check their tap water quality by zip code. It is updated regularly.

The Environmental Working Group (EWG) are well-known for publishing such resources online, and have a hard-earned reputation for data-driven research projects. In fact, their Farm Subsidy Database and Skin Deep Cosmetics Database combined attract tens of millions of visitors each year. Both have been hailed as ambitious and well-thought, affecting policy debates and the consumer market alike. Considering the organization’s impact thus far, their recent launch of the EWG Tap Water Database is a step in the right direction for improving the quality of our drinking water.

How Does the EWG Tap Water Database Work?

The Environmental Working Group Tap Water Database allows citizens to check their drinking water quality based on their ZIP code or local utility. Data is sourced from tests made by their local and state utilities, and have been reported to the relevant state and/or federal authorities.

Rather than compare the level of water contaminants known to be present in municipality water with the legal limits set by regulation agencies, the EWG Tap Water Database is based on the most reliable, recent scientific findings. This means that when you test your tap water quality by ZIP code, you aren’t finding results tainted by political and economic compromises. Instead, you’re being made fully aware of how the level of present pollutants can (and do) affect your health. The results listed are particularly relevant for vulnerable members of the population, especially infants, children, and pregnant women.

Furthermore, the EWG Tap Water Database will show you which water contaminants have been detected in levels that exceed the established health guidelines. This is where the tool focuses its report, but with a single click you can easily access a list of other pollutants present in your drinking water. Extra information on each water contaminant, as well as a breakdown of their most common sources, is also readily available.

What Findings Can I Expect from the Environmental Working Group Tap Water Database?

In a single word, the findings reported in the Environmental Water Group Tap Water Database are shocking. Nearly 50,000 individual water utility services across all 50 states were sourced in the database’s compilation.

The drinking water used by an estimated 280 million US citizens on a daily basis has been found to contain dozens of water contaminants. In fact, more than 250 water contaminants were discovered in their research, which was conducted over a period of five years. Many were found in levels that are in accordance with the legal standards, but – as mentioned above – have been scientifically proven to have a high chance of causing health issues.

What’s truly scary is that 160 of these water contaminants don’t have any legal limitations imposed at all.

81% of utility services that were included in the investigation were found to contain known carcinogens.  One of these, hexavalent chromium (also known as the “Erin Brockovich chemical”), is estimated to be present in drinking water consumed by 250 million US citizens. That’s 77% of the population exposed to a chemical known to cause cancer, targeting the respiratory system, liver, kidneys, skin, and eyes.

Nitrate, a chemical used in many fertilizers, is suspected of causing birth defects when consumed in unsafe levels during pregnancy. “Blue baby syndrome”, a lack of oxygen to the brain in infants, has also been linked to exposure to nitrate in drinking water. The compound also increases the risk of diabetes, thyroid disease, and cancer. 7 million US citizens are still currently exposed to nitrate in their drinking water. 19,000 utilities have their drinking water quality compromised by levels of lead high enough to be considered harmful to children.

If you want to know what chemicals are in your water, then head over to the EWG Tap Water Database and test your tap water quality by ZIP code.

The introduction of the Environmental Working Group tap water database comes a time when concern for drinking water pollution concerns are at a fifteen year high.

As mentioned above, 77% of the US population is exposed to hexavalent chromium every day. 7 million are also consuming tap water containing nitrate, and an estimated 38% of American drinking water quality has been compromised by lead. These are just three of 267 chemicals the Environmental Water Group Tap Water Database reports on.

93 water contaminants have been earmarked as carcinogenic. 78 are associated with brain and nervous system damage. 63 of the pollutants are known to cause damage in the developmental stages of children and fetuses. 38 of them are linked to fertility issues, and 45 cause hormonal disruption.

More than 160 of these chemicals do not have any legal limitations set in place yet. The drinking water quality of more than 8 million US citizens across 27 states display high levels of 1,4-dioxane, an unregulated carcinogenic. 1,4-dioxane is an unwanted byproduct in the production of consumer goods, and can certainly be done away with.

This makes tools such as the EWG Tap Water Database even more invaluable in having a true understanding of your true drinking water quality. As US citizens, we all have a right to know exactly what we’re putting into our bodies when we drink a glass of water, and what effect it can have on our health.

Unfortunately, there are still a number of unanswered questions. Water utilities are required by law to treat their water in accordance with state and federal standards, and to provide annual reports. But these reports fail to address many important issues regarding our drinking water quality.

How do the chemicals that contaminate our water get there in the first place? What are the safety levels of these water contaminants – specifically for babies, pregnant women, people with medical conditions? There are certainly chemicals present in the municipal water that aren’t required to be regulated, but what are these? Most importantly, why is there a focus on keeping water treatment costs as low as possible, rather than on protecting the public?

The EWG Tap Water Database is designed to help answer most of these questions. When you use the database to test your tap water quality by ZIP code, you’re arming yourself with information. Information that has been kept from you, or made difficult to access. You’re empowering yourself and your family to make a change. When the public is made aware of the truth, we can set things in motion to improve regulation and utility infrastructure (including treatment facilities). You can see the evidence for this in our two articles, What is GenX: Everything You Need to Know and GenX Chemicals: Another Look at GenX in Water in North Carolina.

One of the most alarming trends found when developing the EWG Tap Water Database is that drinking water quality fluctuates in a massive way not only based on the water source, but on the average income levels of the community. For example, the East Los Angeles Water District has a median household income 20% lower than the national average. 14 water contaminants have been found in the area above the health guidelines. By contrast, Merrick, New York, has a median household income more than 250% that of the national average, and only one water contaminant (hexavalent chromium) has been discovered over the health guidelines.

Why is There a Difference Between the Legal Limit and the Health Guideline for Drinking Water?

Simply put, there are different criteria in place for determining either threshold. The California Office of Environmental Health Hazard Assessment (OEHHA) determines a compound to be carcinogenic based on a one-in-a-million risk. This criteria is based on toxicological tests, and have been accepted as the health guideline for limitations.

The legal limit, on the other hand, is instead based on the Maximum Contaminant Level (MCL) determined by the EPA. These limits are based on political negotiations that take the health guideline into consideration alongside the cost of water treatment and contamination source regulations.

While the health guideline can be thought of as the ideal limitation, the legal threshold is essentially a compromise between ideal standards and what is determined to be the practical standard.

Is Every Water Contaminant Listed in the EWG Tap Water Database?

Having been compiled from 28 million water records, sourced from nearly 50,000 individual utilities, you would expect the Environmental Water Group Tap Water Database to be all-inclusive. Unfortunately, this isn’t the case.

Because the EWG Tap Water Database is sourced largely from municipal measurements, there are certain chemicals not included. Municipal utilities are only required to test for certain chemicals, and their reports won’t include those that they aren’t testing for.

GenX, which has been the topic of major media coverage in North Carolina for the past few months, isn’t listed.

Furthermore, the database won’t be able to give you an accurate measurement if you source your water from a private well. This is again because the EWG Tap Water Database is built largely on municipal reports, which do not include private wells. In fact, there is no requirement in place for the testing of drinking water quality when sourced from private wells!

The EWG Tap Water Database is able to give you better information on tap water quality by ZIP code than is currently available anywhere else. But it is important to recognize that this still isn’t an exhaustive resource for discovering your true drinking water quality. There are still chemicals in your water that you don’t know about. The EWG Tap Water Database is a major step in the right direction for increasing public knowledge, but it isn’t the last.

What Can I Do to Improve My Drinking Water Quality Based on the Environmental Working Group Tap Water Database?

It can take years for any chemicals to become properly regulated. And as we discussed in the section on the difference between the legal limit and health guidelines, even when regulations are put in place they aren’t optimal.

So what can you do to improve your drinking water quality?

The first step to improving your drinking water quality is knowing the conditions of your tap water quality by ZIP code. The Environmental Water Group Tap Water Database is the best starting point for this step.

Next, you should find a filtration system that will purify your water, preferably a whole house water filter.

Reverse osmosis is currently considered the best line of defence every household has against the rising levels of water contamination.

In basic terms, reverse osmosis works on a molecular level, using a selective membrane designed to only allow the incredibly small water molecules to pass through. High water pressure is used to force the water through this membrane, and almost all pollutants are filtered out as a result.

You can read more about reverse osmosis in our article, Reverse Osmosis Water Purification: Everything You Need to Know.